Emily Remembered invokes the spirit of the late great New York jazz guitarist Emily Remler, who died of heart failure at the age of 32 in 1990.
Their two distinctive voices on the guitar create an intimate guitar sound performing swing, bossa and bop arranged and written by Remler, as well as their own compositions and jazz standards.

Guitarists Deirdre Cartwright and Kathy Dyson met in 1984 and realised that they were the only two professional women jazz guitarists in the UK; Over 25 years later they were still the only two.

“Cartwright and Dyson exchange murmuring lines on Softly after a theme of gleaming harmonics, and push each other more insistently in the later stages of a live All the Things You Are. Cartwright’s lilting bossa Hello World and the earthy, clanging blues catch the ear, but it’s the free-flowing, improvised 8 on 12 and a brooding and then reharmonised Afro Blue (turning into a Sarah P poem dedicated to Remler) that avoid the more routine aspects of traditional standard-song jazz jamming.”

“Dyson and Cartwright, like their role model, are both unshowy but sure-footed and musicianly players, and their interplay (particularly striking on the album’s closer, ‘Whirligig’) is a delight throughout a varied and consistently entertaining set, but the highlight of the proceedings (appropriately enough, since it was also a great Remler live feature) is the wafting but cogent Jobim classic ‘How Insensitive’, which neatly encapsulates the duo’s strengths. A fitting tribute to an important jazz figure, who is also memorialised at All Things Emily.” 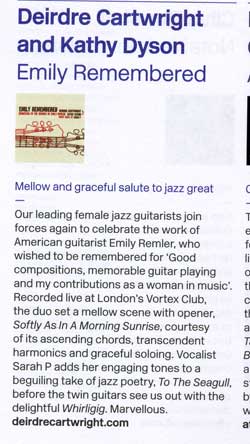 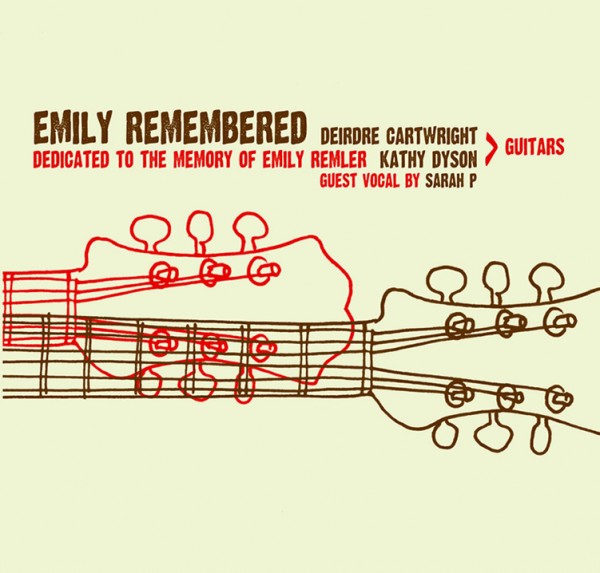 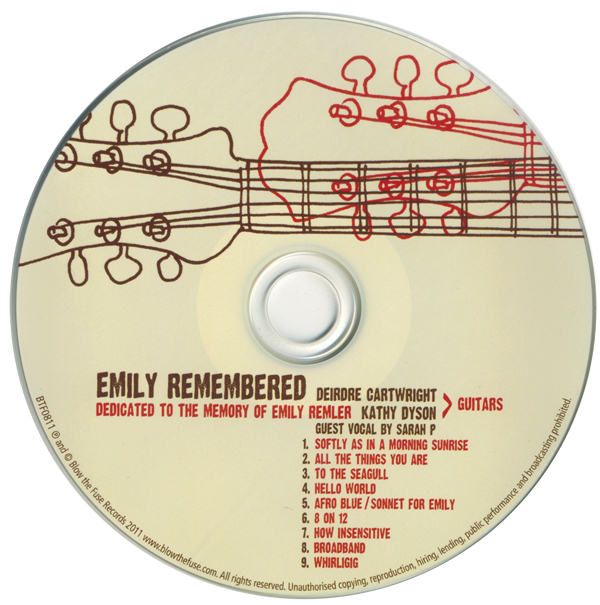