Blow the Fuse – Past, Present and Future

15 November 2019 @ 7:30 pm
Blow the Fuse, an artist-led organisation formed in 1989 by jazz musicians Deirdre Cartwright and Alison Rayner, have been pioneers in raising awareness of gender issues in jazz. We celebrate 30 years of this ground-breaking outfit with a concert headlined by Alison Rayner Quintet.

Connecting with the roots of Blow the Fuse, the evening will feature an appearance by the legendary group The Guest Stars, incorporating a tribute to their trailblazing manager and producer Debbie Dickinson.

The concert will also feature a performance from Leeds-based young group JFrisco. The group creates improvised genre-fluid soundscapes, ‘drawn from their emotions, political, and gender issues, who aim to engage and inspire their audience through cross art forms, taking their listeners on a journey’. 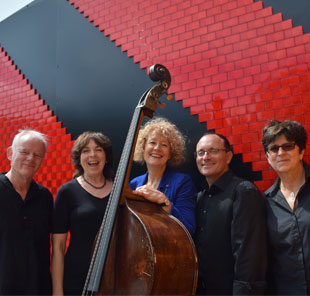