An evening at the legendary Ronnie Scott’s club with Deirdre Cartwright and Alison Rayner, one of British Jazz’s most enduring partnerships.

Alison and Deirdre first played together in ‘Jam Today’ in the 1970’s. In the 1980’s they recorded three albums and toured in 17 countries with the influential Afro Latin Jazz group ‘The Guest Stars’. They formed Blow the Fuse in 1989 and won Services to Jazz in 2022 at the All Party Parliamentary Jazz Awards.

They both play in the award winning ARQ, Alison Rayner Quintet, ‘Jazz Ensemble of the Year’ 2018 Parliamentary Jazz Awards.

Deirdre Cartwrightis a London based guitarist and composer who first became well known in the 1980s for presenting the BBC TV’s ground breaking series ‘Rockschool’. In 1991 she formed the Deirdre Cartwright Group. With her own group she has recorded five albums, and played at international festivals from Mexico to Warsaw.

Currently she plays with Emily Remembered, Picnic featuring Annie Whitehead, River Cruz and ARQ as well as leading her own trio and quartet.

Her trio ‘Solar Flares’ played at the opening night of the National Jazz Archives’ Women in Jazz exhibition at the Barbican Library November 2018.
She has played with legendary guitarist Tal Farlow, studied in America with Mick Goodrick, toured with the Jamaican composer Marjorie Whylie, and presented on BBC Radio 3.

“If there is a more complete guitarist in contemporary music than Deirdre Cartwright – I’d like to know who it is” Dave Gelly The Observer.

She formed ARQ, Alison Rayner Quintet in 2012 to focus more on composing and developing her own group sound. Multi award-winning quintet ARQ are widely celebrated from several years of extensive UK and European touring – and critically acclaimed for their three album releases August (2014), A Magic Life (2016) and Short Stories (2019). ‘There is a Crack in Everything’ written by Alison from this album won the 2019 Ivor Novello Composer Award for small ensemble.

Tells its tales through strong melodies, sinewy rhythms and luminous solos, is by turns tender and exuberant…a great album. ★★★★ All About Jazz

ARQ have come up with another impeccable album. ★★★★1/2 thejazzman.com

‘A big, beautiful bass sound that comes from the heart.Highly intelligible music, characterized by individuality, spirit and a sense of freedom.’ Val Wilmer, author, As Serious As Your Life: the Story of the New Jazz 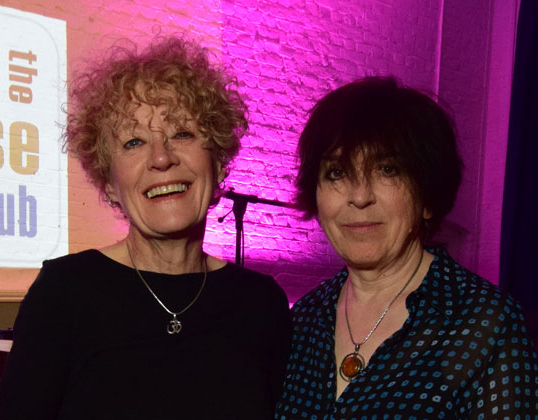