‘A set of pieces inspired by real-world ideas, people and situations but infused with the kind of heady imagination that transforms their resonances into a series of vivacious musical adventures.’
Roger Thomas, BBC Music Magazine ***** Jan 2017

Album production supported by the Arts Council’s Grants For The Arts scheme.

Buy from iTunes Buy from Amazon Buy from Proper Music

‘Highly intelligible music, characterised by individuality, spirit and a sense of freedom’

‘Playing bass with a big, beautiful bass sound that comes from the heart, Alison Rayner leads a team of intelligent, responsive musicians through these original compositions. Highly intelligible music, characterised by individuality, spirit and a sense of freedom.’

Val Wilmer, author, As Serious As Your Life: the Story of the New Jazz

‘A gorgeous album synthesising mood, melody and the interplay between musicians totally at home with each other.’ Jazz wise **** Nov 2016

‘Is music stronger than magic, a young boy asked Alison Rayner? And here’s one answer: a gorgeous album synthesising mood, melody and the interplay between musicians totally at home with each other. Not that ‘A Magic Life’ is complacent or cosy; Lodder’s keys always challenge, Cartwright remains that most chameleon of players, able to summon the spirit of others while retaining her own voice, and McLoughlin can mix a keening tone with a melodic sweetness. It’s all there, even in the apparently throwaway fun of ‘The Trunk Call’ that sashays between a bluesy theme, a dub ska breakout and a South Indian theme like it’s the most obvious of musical conversations, which, obviously, it ain’t. Beneath it all Rayner is dark and sonorous, like a Haden or Weber, able to make a rounded single note underwrite the band’s soarings, never more so than on the blues of ‘Swanage Bay’, which mixes memory, loss and love into a heady serenade. Occasionally the Arts Council gets it right, and this project fully deserves such support.’

A set of pieces inspired by real-world ideas, people and situations but infused with the kind of heady imagination that transforms their resonances into a series of vivacious musical adventures.  *****

‘There are many ways to make an uplifting jazz album, but one that manages to convey its deeply personal sources of inspiration, while at the same time welcoming the listener into the music, is surely one of the most satisfying. So it is with this second outing for bass player Alison Rayner’s commendable quintet, offering a set of pieces inspired by real-world ideas, people and situations but infused with the kind of heady imagination that transforms their resonances into a series of vivacious musical adventures.

These eight original tunes reference all manner of sources without any sense of contrivance, traversing Ellingtonian swing, homespun pastoralism, jittery quasi-Bach, infectious grooves and many other territories with a natural ease, but they also spring enough good-natured surprises on the listener to dismiss any notion of complacency. The recorded sound is expertly shaped around both the group and the excellent solos.’

‘Purposeful, full-toned and melodic – those are the qualities of Alison Rayner’s music, in her roles as both bass player and composer. Jazz today takes so many forms, and incorporates so many diverse influence, that it takes a strong musical voice, such as Rayner’s, to stand out clearly amid the surrounding din. She has a beautifully integrated band too. The whole thing has that loose feeling which is the mark of musicians who have been working together for some time. The bright, fibrous sound of Diane McLoughlin’s soprano saxophone is a particular delight, and the wild guitar and piano interplay between Deirdre Cartwright and Steve Lodder in Mayday is one of the set’s many highlights.’

‘British bassist and composer Alison Rayner’s 2014 debut album, August, was an expected reminder of her warmth and alertness as an ensemble player, but also the unexpected emergence of a vivid new compositional voice. A Magic Life retains the same fine band (Diane McLoughlin on saxophones, Deirdre Cartwright on guitar, Steve Lodder on keys and Buster Birch on drums), and a similarly open and accessible mix of jazz, folk and classical ingredients. Celtic, eastern European, jazz-funk and swing rhythms variously drive the music, with a spirited folk dance shared by soprano saxophone and guitar immediately spurring Lodder’s fluid eloquence and a snaking sax break on the opening title track, Cartwright bursting into rockish guitar distort on the funky, handclapping Mayday, McLoughlin smoky on tenor in the lilting ballad New Day, and exhibiting a gracefully languid old-school swing on the instrument in the emphatic, riffy OK Chorale. A Magic Life may be stylistically diverse, but Rayner’s themes are united by the inviting impression that many could have been written to be sung.’
John Fordham, The Guardian Nov 2016

“An album of unified musical dexterity, with not a note wasted and with sound as story – clear and undisguised, deeply affecting and unashamedly open”

ALBUM OF THE WEEK

The alchemy of the players here shows that with the right blend music can be magical.

‘In the liner notes to this captivating recording, Rayner notes that the concept for the CD’s title came from the epitaph of a friend who had called her life magic, and a chance conversation with a child who had asked whether music was stronger than magic? The collection of pieces here explores the questions of memory, love and loss in terms of the connections between mortality, music and magic. While some of the pieces are about recollection, others look to the future. ‘MayDay’ begins with hand clapping before Cartwright’s explosive guitar soloing across the vamped rhythms from the band. This piece was inspired by the many origins of the May Day celebrations in all their political hues. This piece (and McLoughlin’s ‘New Day’, pared down to a quintet arrangement from a large ensemble piece) features a jaunty bass solos from Rayner who, for much of the set, tends to provide a nurturing lead from the rear in the rhythm section, allowing the soloists to push the pieces in their own directions. The twin lead of Cartwright and McLoughlin trade themes and burst into solos with strong and steady rhythmic support.
​
Inspirations are also drawn from Rayner’s memories of her childhood (with pieces evoking the Shetlands, ‘A Magic Life’, or the Dorset seaside, ‘Swanage Bay’) and her mother, ‘Friday’s Child’, or from the inspiration of Eberhard Weber and the neurologist Oliver Sachs, ‘Musicophilia’. These pieces have marvellously evocative blends of musical themes and styles that can, across a few bars, hint at traditional folk music, big band jazz and early afternoon TV theme tunes; without echoing any known songs, the pieces have an immediate familiarity. Perhaps, given Cartwright’s and Rayner’s previous stint with jazz-Latin outfit The Guest Stars in the 1980s, the search for a catchy hook and a good tune is part and parcel of the song writing here. The mix of rhythms and musical styles, though, show a deep complexity in the ways in which elements are combined into unified wholes.  So the use of Indian (Keralan) rhythms, ‘The Trunk Call’, or African rhythms, Lodder’s ‘The OK Chorale’, become the starting point for the Quintet’s take on the forms and shapes of these rhythms without ever becoming reproductions of the style. It is this individuality and originality which brings such freshness to the pieces and to which all players in the quintet respond with gusto.  Where the CD might have begun with the question of whether music or magic was stronger, the alchemy of the players here shows that with the right blend music can be magical.’
Chris Baber, Jazzviews

JazzViews Album of the Week 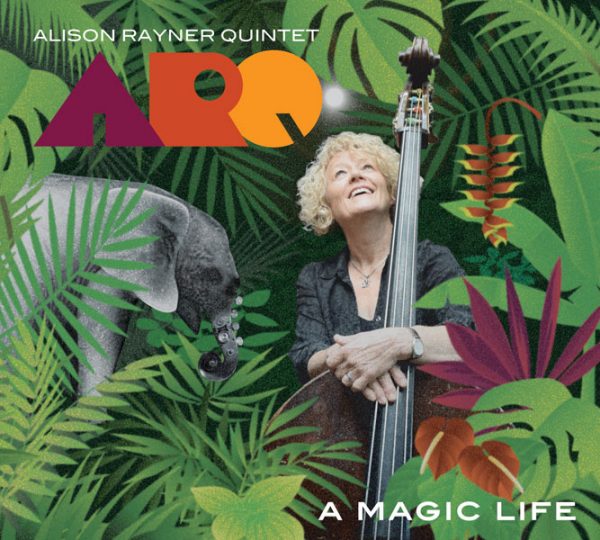 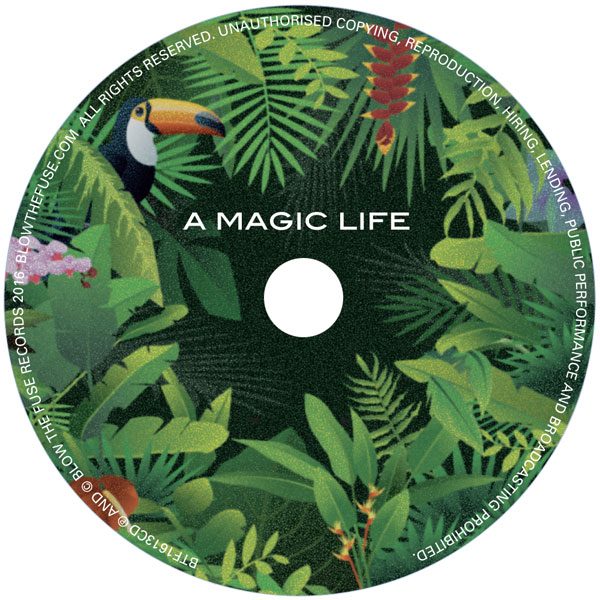