Blow the Fuse opens a new season of ‘Tomorrow the Moon’ with an amazing double bill.

Musicians from the Ivy Benson band come to ‘Swing the Vortex’

Carol Gasser and Claudia Lang -Colmer are sax and double bass players who played with the Ivy Benson Band in the 1950s and 60s! Two of the finest musicians of their generationthey’re still performing mainly in Cornwall where they live. We’re thrilled that they’ve travelled up especially for this gig.

Who was Ivy Benson? Ivy Benson’s All Girl band rose to fame in the 1940s, becoming the BBC’s resident dance band in 1943. They headlined variety theatres and topped the bill at the London Palladium for six months in 1944 as well as touring internationally.

Ivy lead the band until 1982 and was as famous in her day as Glenn Miller and Dame Vera Lynn, yet sadly her name has not lived on in public memory. Deirdre’s sister Bernice Cartwright played bass with Ivy from 1974 until Ivy’s retirement. Two of her former star members live in Cornwall we’re thrilled that they’ve travelled up especially for this gig.  They join us to celebrate the extraordinary achievements of Ivy and tell some of their fabulous stories.

Opening set is an improvised acoustic set with Cara playing bass clarinet and Gina painting in an abstract way. 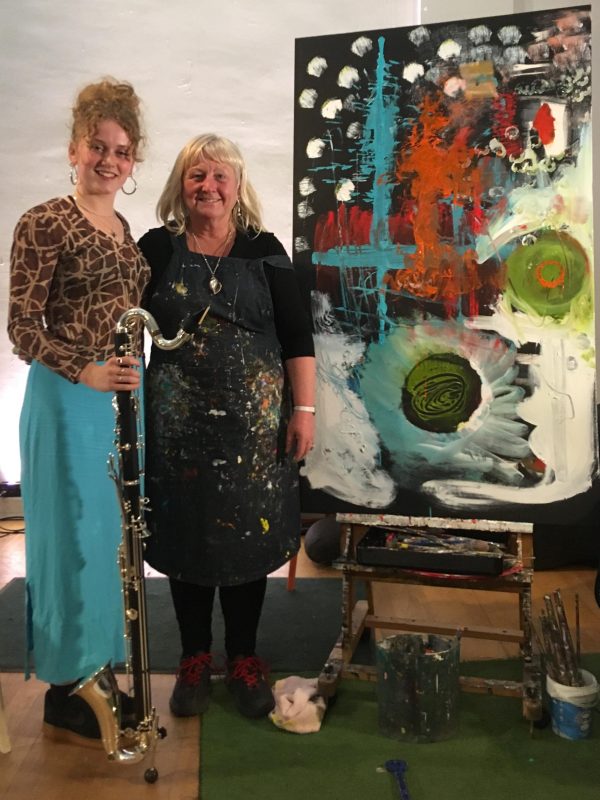 “I interject sonically with my kit and materials. I have done this kind of thing with many musicians but find it particularly suited to Cara’s playing and responses.”

Inspired by the visual characteristics of instruments as well as the passion of musicians, Gina works quickly to capture the sounds, sights and spirit of the jazz and improvised music scene in her live artwork. 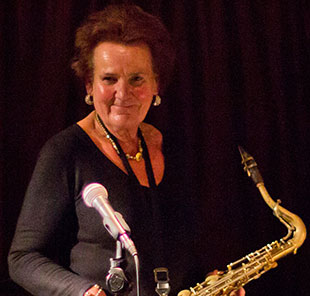