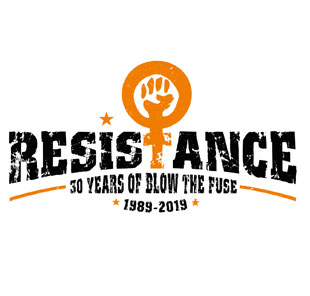 In May 2019, Blow the Fuse celebrated 30 years. Started in 1989 by musicians and composers Deirdre Cartwright and Alison Rayner who were members of the internationally acclaimed jazz group The Guest Stars, BTF have played a crucial role in raising awareness about women jazz musicians and importantly giving them support, a space and opportunity to perform in times which have sometimes been very challenging.

BTF have managed many UK jazz tours with new musical works, innovative collaborations and educational projects and run the Blow the Fuse record label. Last year we produced Blow the Fuse ‘On Air’ a series of online performances recorded live from The Vortex. We’ve had over 13,000 views for these shows on You Tube and Facebook.

Performances for the ‘Resistance’ and ‘Tomorrow the Moon’ seasons took place at the Vortex Jazz Club and the Old Church on Stoke Newington Church Street. 2022 saw the club move to St Matthias Halls in N16. 2023 Blow the Fuse programmes at ‘Jazz in the House’ Lauderdale House, Waterlow Park, Highgate, London.  See our gigs page for details on all our events.